Pondicherry has an interesting cross-cultural history and its built form is one of the major components in lending a unique identity to the town. The old town of Pondicherry which is a showcase of the two distinct architectural styles - French and Tamil and the hybrid Franco-Tamil. 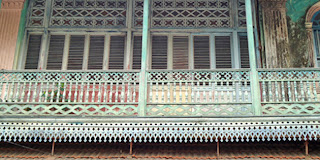 The French quarter has buildings inspired by the European classical style. Whereas the building in the Tamil quarter are in the vernacular style of Tamil Nadu. In French quarter each building with different design – the interior of the building with its colonade, portico, porch and garden made with total privacy from the street outside. French houses one can say are more “introvert” the massive gate being the connection between the inside and outside. 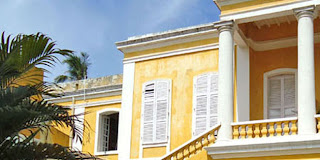 In contrast, the Tamil houses can be said to be ‘extrovert’ with their verandas (thalvaram) with sitting platforms (thinnai) opening on to the street, welcoming neighbors and passes by for a chat or visit. While the entrance verandas are very welcomed, they also preserve the privacy of the inner house as only family and close friends are allowed inside. In olden days the passing pilgrims were welcoming to spend a night on the thinnai, freshen up in the morning and move on! 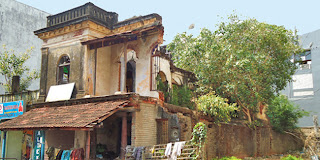 Old residents and visitors agree that Pondicherry is far losing its special character or ambience. This is not just because of increasing population and pollution: one of the major reasons is that old building that formed the special quality is disappearing at an alarming rate and the type of structures that are coming up could be anywhere in India. Thus the "Sense of Place" is getting blurred and there is a loss of the town’s cultural identity. Pondicherry does not have a large number of monumental buildings but is noteworthy for its domestic architecture. The architectural character is a result of hundreds of French and Tamil houses that create the ‘milieu’ or ‘ensemble’. If this heritage has to be protected them every old house counts.

The responsibility of safeguarding the special ambience and the architectural heritage of this town lies with its building owners, citizens and political representatives as well as the Administration of the Union Territory.

There are over hundreds of heritage buildings in Pondicherry, in which many varieties of gates & doors can be seen. In French quarter gates & doors are of different designs and no two gates & doors are exactly the same. The entrance gates are one of the most prominent elements of the French villas. These gates are the symbolic representation of the status and prosperity of the owner. A remarkably wide range can be observed from the simple pie red gate to elaborately detailed portals with arches and pediments. But in Tamil quarter doors are similar. The main door placed between the thinnai is ornately carved and made mostly of teak wood. The top panel usually depicts the community of the inhabitants. We are presenting such gates & doors in this photo illustration. 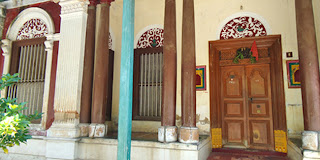 Entrance doors are finely carved and the elaborate frames are made of many layers of wood. The shutters are thick and often of two pieces – the front one with carved cut-out and the rear one just plain. The doors are fixed to the frames by iron hinges. There is a surprising consistency in the carving pattern of these doors. The relief on top the door frame has symbols pertaining to the community of the owner.

Door are similar to windows – featuring high and arched or flat with bands, splayed jambs with masonry rebate and louvered or paneled wooden leaves. Some doors have a second operable shutter with canework that cuts off vision and ensures privacy while allowing enough light and ventilation. Doors are fixed by hinges directly from the wall and fastened by long brass or wrought iron bolts. Strong cross-bolts and in some cases hotels in the jambs are provided to accommodate wooden cross bars for secure closing. 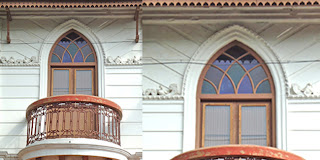 There are over hundreds of heritage building in Pondicherry, in which much variety of doors & windows can be seen. In French quarter gates & doors are of different designs and no two gates & doors are exactly the same, whereas most French windows are similar and elaborate size however with individual variations. They are made of bricks. 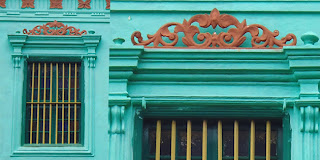 In Tamil quarter doors are similar, but windows are different. Windows placed near thinnai & door, are mostly flat with teak wood frames set into the walls.Tamil windows particularly franco - tamil windows feature many beautiful ornamental plaster decorations.This edition is intended in illustrating such windows of Pondicherry.

EXPLANATION
Note: The purpose of this website is to educate and create awareness among the people about the architecture & culture of Pondicherry. Doorways has captured the heritage of Pondicherry through its lens and dedicates this visual treat to the entire world.
We take this opportunity to thank all the house owners & business people of Pondicherry for their Co-operation. 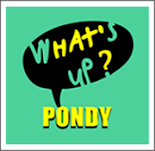 << Click above the Image to know about Event, Offers, Cultural, Artistic, Business & Entertainment of Pondicherry. It's FREE publicity, Any one can send your respected events to our Email: doorwayspondy@gmail.com >>. 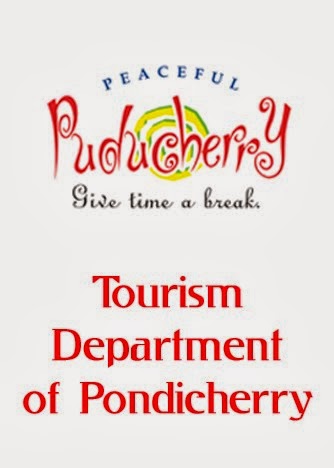 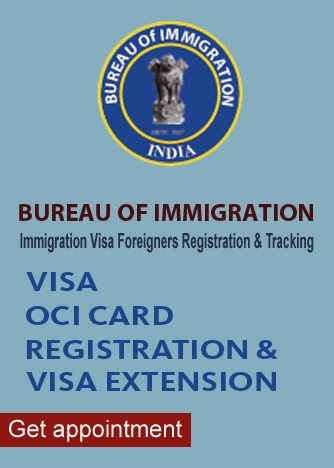 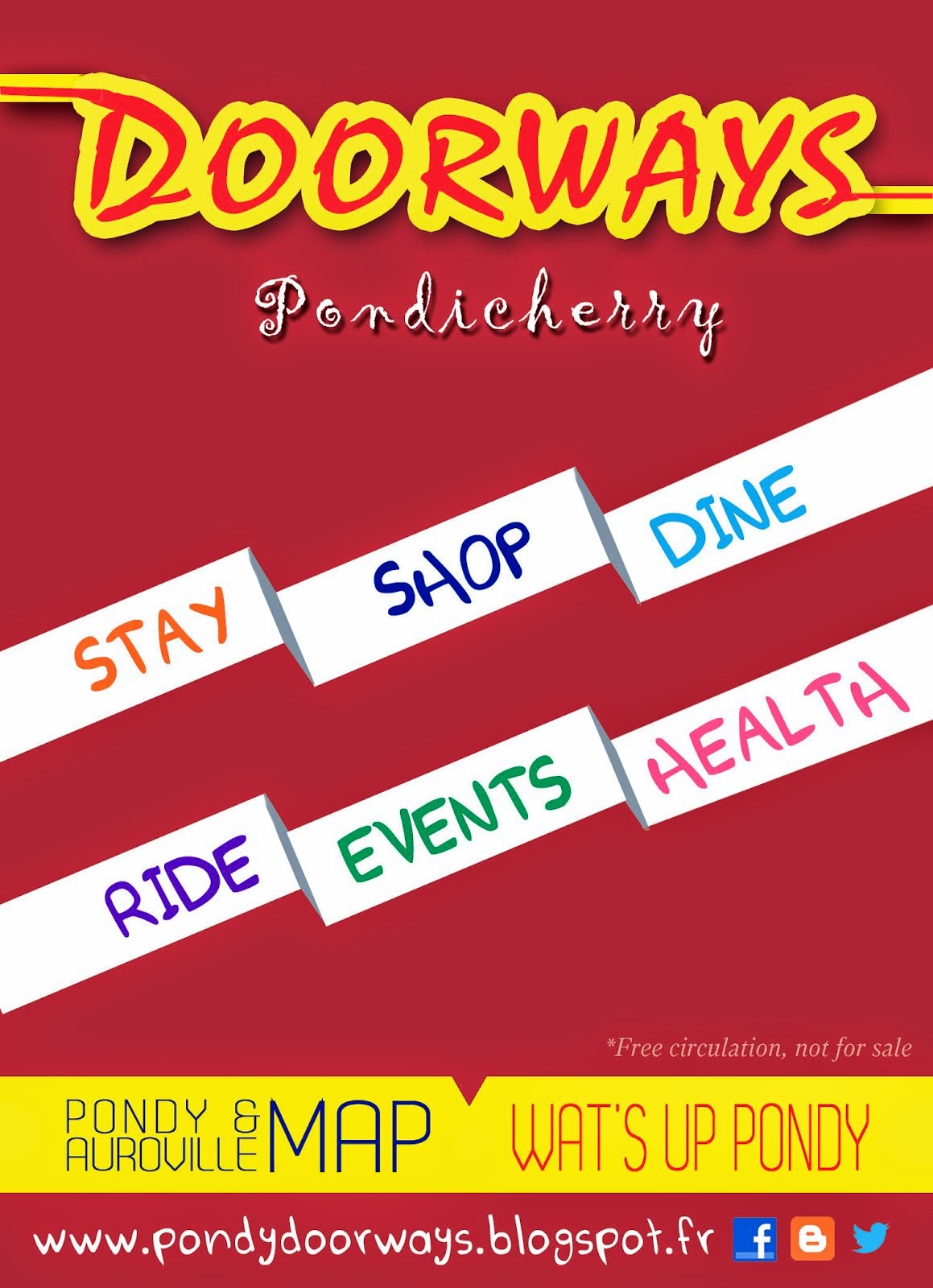